Meet the experienced and friendly doctors and staff who make Finklang Eye Health Associates the leading provider of vision care products and services in Troy.

Meet the Doctors and Staff 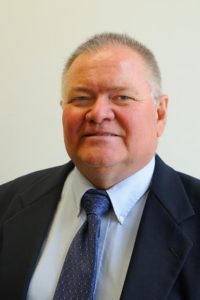 Diplomate, American Board of Optometry

Dr. Kurt W. Finklang graduated from the University of Missouri-Columbia before receiving his Doctor of Optometry Degree from the University of New York. He has been in private practice in Troy, Missouri since 1981. He has served as Adjunct Associate Professor and Advisory board Member of the University of Missouri-St. Louis College of Optometry and on the faculty of Washington University School of Medicine. He is a member of the American Optometric Association (AOA), Missouri Optometric Foundation, American Optometric Foundation and serves on the Missouri State Board of Optometry (past president of the Licensing Board). He is a member and past president of the St. Louis Optometric Society (SLOS), Missouri Optometric Association (MOA), and the Heart of America Contact Lens Society. He has received the AOA Optometric Recognition Award, MOA Continuing Education Award, the SLOS Optometrist of the Year Award, and the MOA Optometrist of the Year. On the local level, he is a member of the Rotary club (past president), Optimist Club (past president), Chamber of Commerce, Elks, past member of the Troy Board of Alderman and was awarded the Troy, Missouri Chamber of Commerce “2010 Man of the Year!” Dr. Finklang, along with his wife Lynne and children David and Lindsey, are members of the Sacred Heart Church. 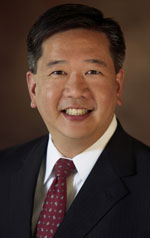 Steven Lee, M.D. is a graduate of the University of Maryland School of Medicine, where he also received his undergraduate degree. His ophthalmology training was at Washington University and he completed internship training at St. Mary’s Health Center in Richmond Heights. Dr. Lee’s cornea training was at the University of Miami’s Bascum-Palmer Eye Institute. He is one of the few fellowship-trained cornea specialists in the St. Louis area. Dr. Lee is board certified by the American Board of Ophthalmology. He is also a Fellow in the American Academy of Ophthalmology. He is on the staff of St. John’s and St. Luke’s hospitals in St. Louis and St. Joseph’s hospital in Kirkwood. Dr. Lee is also a member of the faculty at both Washington University and St. Louis University. Dr. Lee has written many scientific papers in peer-reviewed journals, as well as a book chapter in the field of Ophthalmology. He has been an ophthalmologist in the St. Louis area for over eight years.

Dr. Lee is married and has lived in the St. Louis area for over 15 years. He enjoys life with his wife, a St. Louis native, and their four children. 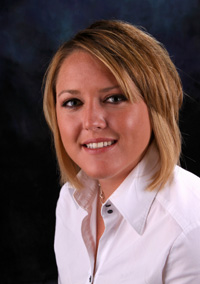 Dr. Niehoff grew up in Eolia, Missouri where she attended Clopton Schools from preschool through high school and graduated Valedictorian of her senior class in 2002. She is very excited to carry out her passion for protecting patients’ vision so close to her hometown and amidst her husband’s lifelong community. She is honored to join the doctors and staff as Finklang Eye Health Associates, an office dedicated to comprehensive eye health evaluations, state-of-the-art technology, and patient education. Her professional education began at the University of Missouri – Columbia where she studied biochemistry. After three years of intense study, she earned early admittance into the University of Missouri – St. Louis College of Optometry. In 2009, she graduated with a Doctor of Optometry Degree, receiving honors for earning Beta Sigma Kappa (Optometry’s honors fraternity) membership all four years. During the graduation ceremonies, she was recognized for the Excellence in Contact Lens Award. She holds DPA and TPA certification and is licensed to treat visual and medical conditions of the eye. As a dedicated eye care practitioner, Dr. Niehoff strives to further her profession through membership in the American Optometric Association, Missouri Optometric Society, and the St. Louis Optometric Society (Past President). Locally, she is a member of the Troy Chamber of Commerce and the Professional Business Women’s organization. Currently, she resides in Hawk Point, MO with her husband Ryan.

Dr. Quinn Gallen received his Bachelor of Science in Biology from University of Missouri in Columbia, MO and then received his Doctor of Optometry degree from the University of Missouri – St. Louis College of Optometry. Upon graduation, he was awarded the Vision Development Award for excellence in vision therapy, an award for Excellence in Advocacy for Optometry, and was also apart of the Optometry’s Scholar Program where he participated in research in the field of optometry. He was an officer in the College of Optometrists in Vision Development and was a member of the Missouri Optometric Student Association and the National Optometric Association. Dr. Gallen grew up in the St. Louis area where he still resides.

Dr. Rachel Sullivan Peyton, a Troy native and 2014 TBHS graduate, earned her undergraduate degree in biology from Columbia College, and graduated from UMSL College of Optometry where she received awards for Excellence in Pediatrics and Low
Vision. She is a member of the American Optometric Association and St. Louis Optometric Society. Dr. Peyton has a special interest in the management of ocular disease, low vision, pediatrics, and fitting specialty contact lenses. When not in the office, Dr. Peyton spends her free time with her mini Dachshund Walter and her fiancé Erik. 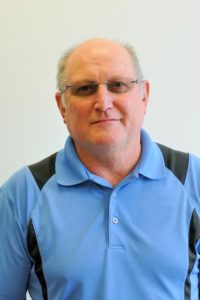 John W. Finklang graduated from the University of Missouri – St. Louis, with a Bachelor of Science in Administration of Justice. He also received a Master of Arts degree from Webster University. John opened a small optical lab in 1983 and has developed it into a full-scale lab operation in 1985. He is a member of the Troy Elks Lodge #2805, Troy Kiwanis club, Retired Troy Lions Club Wire / Recycling Committee.  John and his wife Debbie have 5 children and 11 grandchildren.

You can schedule your next appointment with us online!